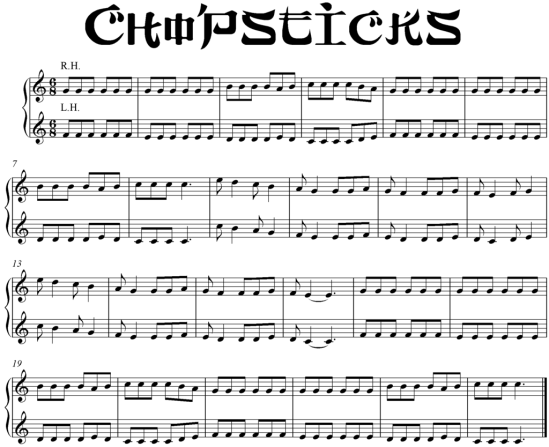 Stephen Powers first thought of his grand piano as an impressive piece of furniture.

But he enjoyed listening to music so much when friends played at parties at his home in North Wilmington that he began taking lessons.

“I enjoy having a couple of songs under my belt,” says Powers, a 52-year-old banker. “I play Happy Birthday. I play Getting to Know You for my mom.”

Powers is part of a boomlet of adults who are studying piano. Many took lessons briefly as children and regret giving it up. Some simply enjoy music. Others gravitated toward the keyboard because studies suggest piano improves mental acuity while reducing the odds of dementia.

A Swedish study published in 2014 in the International Journal of Alzheimer’s Disease found that when a twin played a musical instrument later in life, he or she was 64 percent less likely to develop dementia than the twin who did not play.

A study published in Frontiers in Psychology in 2013 evaluated the impact of piano lessons on cognitive function, mood and quality of life in adults age 60 to 84.

Some grownups simply relish a challenge.

In the United Kingdom, Alan Rusbridger, editor of the Guardian, took to the keyboard at age 56. He chronicled the year he spent learning Chopin’s demanding No. Ballade 1 in G Minor in the book Play It Again: An Amateur Against the Impossible.

Richard Swarmer, 57, of Lewes, played the trumpet from grade school through college. He has sung in several choirs. This year, he began piano lessons.

Learning the piano isn’t easy even for someone with a musical background. Still, Swarmer appreciates that the creative thought process is different from the focus required by his job for a medical benefits company.

“I have thoroughly enjoyed taking piano lessons as an adult,” he says. “It provides a welcome respite from the demands of my job.”

Ethel Thirtel of North Wilmington is 71 and a student at the Music School of Delaware. She is also taking French lessons to help keep her intellect sharp.

“Both pursuits involve active studying and practice to master new skills,” she says.

“In addition to professionals, we are getting a lot more inquiries from older adults who are retired and have time on their hands,” he says.

Geri Smith, a Julliard-trained singer, musician and composer, has taught piano to children in public schools as well as private arts centers. Her adult students include a 59-year-old writer who took up piano after the death of her husband, a gifted musician.

“Teaching children is a different experience than teaching adults,” says Smith, of Unionville. “Kids pretty much do what you ask them to do but adults ask lots of questions. They want to know why things have to be done a certain way.”

An important part of learning piano is creating new pathways in the brain. A Harvard Medical School study examined the impact of practicing the piano on synapses, the connections between neurons that encode memories and learning.

Volunteers practiced two hours a day for five days, playing a five-finger exercise to the beat of a metronome. To learn how that impacted the neurons scientists used transcranial-magnetic-stimulation (TMS), in which a wire coil sends magnetic impulses to the brain.

They discovered that after a week of practice, the stretch of motor cortex devoted to the finger exercises had expanded like crabgrass.

“Playing the piano creates new synapses,” Smith says. “Think of it as creating a conduit so your right hand can talk to your left hand.”

Meldene Gruber of Rehoboth Beach, who has taught piano for more than 40 years, has seen a surge in adult students in the past two years. Now, half her students are adults.

“A number of my adults say they think playing the piano will help with mental acuity,” she says. “Playing the piano forces you to use both sides of the brain, which is great for neuron firing.”

Most adults have specific goals in mind, such as learning to play Christmas carols or a few favorite pieces.

“You don’t get adults who are focused on becoming concert pianists,” Gruber says. “They come for the joy of playing, not because their mothers made them.”

via Chopstick therapy: how piano lessons could help us age better — NewsWorks.