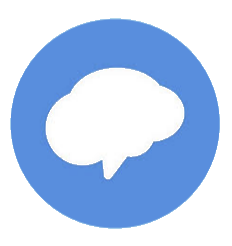 As you may know, we use Remind for various communications and music game challenges.  Here's info from them about an upcoming change:

We’re sorry to write with disappointing news. Recently, we learned that Verizon will be charging Remind a new fee that makes it impossible for us to continue supporting free text messaging for anyone who has Verizon Wireless as their phone carrier. Please read on for all the important details—we promise to keep this as short as we can.

What’s happening? To offer our text messaging service free of charge, Remind has always paid for each text that our users receive or send. Now, Verizon is charging Remind an additional fee intended for companies that send spam over its network. Your Remind messages aren’t spam, but our efforts to resolve the issue with Verizon haven’t been successful.

As a result, the Verizon fee will increase our costs of providing text messaging by 11X—pushing our annual costs into the millions of dollars. This isn’t financially feasible for us to support, and it’s forcing us to end Remind text messaging for everyone who has a wireless plan with Verizon.

How will this affect you? Beginning January 28, 2019, the people in your classes who normally get your Remind messages as texts will no longer receive these messages if they have Verizon Wireless as their phone carrier.

What can you do? To make sure people in your classes continue receiving your messages, ask them to download the mobile app or enable email notifications—both of which are free of charge. Our team’s also working hard on a solution that allows your classes to continue to use Remind by text, and we’ll share more details with you before January 28.

In the meantime, we’ll keep fighting to make sure educators, students, and parents have access to effective communication. To do this, we need your help: If using Remind has made a positive impact in your classroom, at your school, or anywhere in between, please ask Verizon to reverse the fee here: www.remind.com/verizon-fee

We’re very grateful for your support, and we’ll be in touch soon with an update.

Victor Borge was born in 1909 in Copenhagen, Denmark. He was an entertainer and pianist - a deliciously funny performer. He studied at the Royal Danish Academy of Music, Copenhagen, and in Vienna and Berlin.

He made his debut as a pianist in 1926, and as a revue actor in 1933. From 1940 until his death in 2000 he worked in the USA for radio, television, and theatre, and has performed with leading symphony orchestras on worldwide tours since 1956.

He was best known for his comedy sketches combining music and narrative. He used his classical training to skew serious music and performers.

Pianist Victor Borge, died in his sleep Dec 23, at his Greenwich, Connecticut home, was known as the unmelancholy Dane of international show business. He would have turned 92 on Jan. 3, 2001.

"The cause of death was heart failure," his daughter, Sanna Feirstein, told Reuters.

"He had just returned from a wonderfully successful trip to Copenhagen ... and it was really heartwarming to see the love he experienced in his home country," she said.

Borge was one of five performers selected for the Kennedy Center Honors in 1999.

"He went to sleep, and they went to wake him up this morning, and he was gone," said his agent, Bernard Gurtman.

"He had so much on the table, and to the day he died he was creative, and practicing piano several hours a day," Gurtman told Reuters. "He was just a great inspiration."

Funeral services will be private, his daughter said.

Borge made a career of falling off piano stools, missing the keys with his hands and getting tangled up in the sheet music.

One of his inspirations was a pianist who played the first notes of the GriegA Minor Concerto and then fell on the keys dead.

He said that the only time he got nervous on stage was when he had to play seriously and adds that if it had not been for Adolf Hitler he probably would never have pursued a career as a concert-hall comedian.

Until he was forced to flee Denmark in 1940 he was a stage and screen idol in his native country.

But as a Jew who had lampooned Hitler, Borge -- his real name was Boerge Rosenbaum -- was in danger and fled first to Sweden and then to the United States, where he arrived penniless and unknown and by a fluke got booked on the Bing Crosby radio show. He was an instant success.

He became an American citizen in but thought of himself as Danish. It was obvious from the numerous affectionate tributes and standing ovations at his 80th birthday concert in Copenhagen in 1989 that Danes felt the same way.

In the concert at Copenhagen's Tivoli gardens, Borge played variations on the theme of "Happy Birthday to You" in the styles of Mozart, Brahms, Wagner and Beethoven -- all executed with such wit that the orchestra was convulsed with laughter that a woman performing a piccolo solo was unable to draw breath to play.

"Playing music and making jokes are as natural to me as breathing," Borge told Reuters in an interview after that concert.

"That's why I've never thought of retiring because I do it all the time whether on the stage or off. I found that in a precarious situation, a smile is the shortest distance between people. When one needs to reach out for sympathy or a link with people, what better way is there?

"If I have to play something straight, without deviation in any respect, I still get very nervous. It's the fact that you want to do your best, but you are not at your best because you are nervous and knowing that makes you even more nervous."

His varied career included acting, composing for films and plays and writing but he was best known for his comic sketches based on musical quirks and oddities.

His routines were unpredictable, often improvised on stage as his quick wit responded to an unplanned event -- a noise, a latecomer in the audience -- or fixed on an unlikely prop -- a fly, a shaky piano stool.

Borge was born in Denmark on January 3, 1909, son of a violinist in the Danish Royal Orchestra.

His parents encouraged him to become a concert pianist, arranging his first public recital when he was 10. In 1927 he made his official debut at the Tivoli Gardens.

Borge's mischievous sense of humor was manifest from an early age. Asked as a child to play for his parent's friends he would announce "a piece by the 85-year-old Mozart" and improvise something himself.

When his mother was dying in Denmark during the occupation, Borge visited her, disguised as a sailor.

"Churchill and I were the only ones who saw what was happening," he said in later years. "He saved Europe and I saved myself."

From 1953 to 1956, he appeared in New York in his own production "Comedy in Music," a prelude to world tours that often took him to his native Scandinavia.

On radio and television, Borge developed the comedy techniques of the bungling pianist that won him worldwide fame.

Many of his skits were based on real-life events. One of his classics evolved from seeing a pianist playing a Tchaikovsky concerto fall off his seat.

Borge's dog joined the show after it wandered on stage while he was at the keyboard -- an entrance nobody would believe had been unplanned.

One incident could not be repeated. A large fly flew on to Borge's nose while he was playing. "How did you get that fly to come on at the right time?" people asked. "Well, we train them," Borge explained.

In 1975, Borge was honored in recognition of the 35th anniversary of his arrival in the United States and his work as goodwill ambassador from Denmark to the United States. He celebrated his 75th birthday in 1984 with a series of concerts at Carnegie Hall and in Copenhagen.

Borge received a host of honors from all four Scandinavian countries for his contributions to music, humor and worthy causes.

Borge, who had lived in Greenwich since 1964, is survived by five children, nine grandchildren, and one . His wife of many years, Sanna, died earlier that year.